A Voice From the Streets about Spice 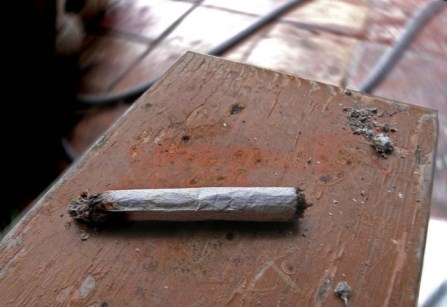 Pathway Experts by Experience have been working with the British Medical Journal (BMJ) to help doctors recognise and understand the effects of street drugs known as ‘novel psychoactive substances’, and spot their use in patients.

‘Spice’, one of the most common ‘legal highs’, is known to lower inhibitions and heighten senses, but can also cause uncontrolled vomiting, hallucinations and violent outbursts. The drug is cheap and easily available, leading to high levels of use amongst homeless people seeking a way to escape their life circumstances.

Ian Millar, the author of the article, is a formerly homeless person who is now working in hostels and day centres. He is part of Pathway’s Expert by Experience (EbE) programme,  which trains and supports people who have been homeless to educate healthcare professionals about patient care.  Ian told the BMJ

Homeless health specialists have voiced concern about the drug which also impacts upon anti-retroviral medication, raising added concerns abut users with HIV. It also interacts with antidepressants and other mental health medication.

“Novel psychoactive substances are highly variable, both in strength and the content, making it almost impossible to predict their exact effects. We have seen a worrying rise in suicide levels amongst homeless people who are heavy users, which may warrant further investigation.”

Dr Sargeant will be leading an RCP accredited CPD day on this and other important issues for members of the Faculty for Homeless and Inclusion Health later this year. For details email info@pathway.org.uk

Read more about Pathway teams and their work